Word order decides the way words employed in a sentence. You have to follow the word order to make sense when you are talking in a foreign language. That’s why word order is an important topic and gives you the flexibility to form sentences.

1. Verbs always come at the end of the sentence.

This tendency exists in many other languages including Japanese, Hindi or Ancient Greek. The other tendency is SVO (subject-verb-object) as in English.

Seni seviyorum.
I love you.

Kitabı bana verebilir misin?*
Can you give me the book?
*The order applies even in the interrogative form.

In fact, word order changes in each language but SOV & SVO are the most common two tendencies. 87% of the languages use SOV or SVO.

Sessizce bekliyor.
(S/he or it) is waiting quietly.

In English, the meaning slightly changes if you change the location of adverbs. “She is quietly waiting”, “She is waiting quietly” or “Quietly she is waiting” are not the same. But in Turkish, adverbs precede verbs. If you want to strengthen the meaning, you could add “çok” which means “very”.

Çok sessizce bekliyor.
(S/he or it) is waiting very quietly.

“-ce/çe/ca/ça” is a suffix that can make adjectives into adverbs.

If you studied some Spanish, you’d know nouns in Spanish precede adjectives. When you want to say “a little car” you simply say “a car litle”. But, in Turkish this is just the oppositive similar to English. So it won’t cause confusion. Turkish adjectives always precede nouns.

If you want to say “a thick book”, things get a little bit more complicated.

Yan odadan kalın bir kitap getirir misin?
Can you bring a thick book from the next room?

4. Word order allows you to emphasize. 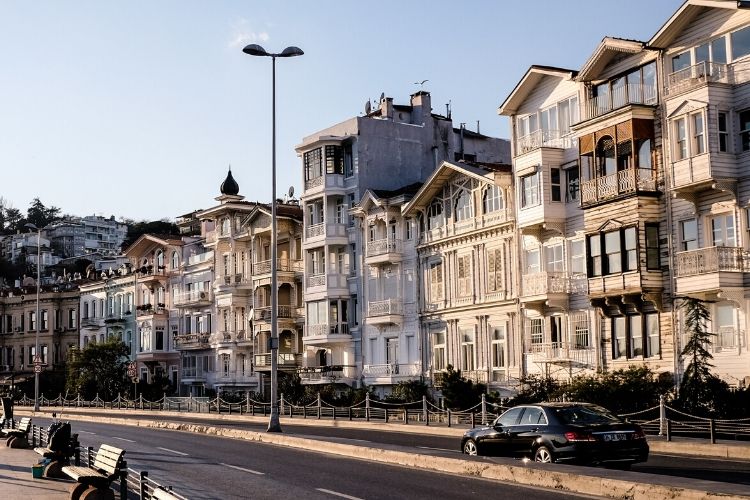 The Order of Sentence Elements

Basically, you can remember this order as SOV (subject, object, verb). Note the whole order, you can check whenever you need it. If you studied some Turkish, you’ll probably know that a conjugated verb gives some clues about the subject. For example,

Even though you don’t see any personal pronouns, this is a perfect sentence. The notion of the subject is given by the conjugation. If you say,

If you include the subject,

You’d emphasize the subject: I’m waiting, not her. But, life is not that easy. We don’t always talk with short sentences. Let’s give more examples:

The translations might be vague in meaning but with the case suffixes, they sound quite natural in Turkish. These sentences can be put together in various ways. A sentence not following the order given above is called an inverted sentence, “devrik cümle” in Turkish.

This order is essential to learn yet there are exceptions in both daily speech and written language. The Turkish language is very flexible in this sense. However, deciding correctly what to change for non-native speakers is not easy at the beginning. Moreover, each change can emphasize things that you do not mean to.

Inversion is used often in Turkish. Inversion means changing the word order for emphasis or rhyme. You’d see a lot of inverted sentences in Turkish and Ottoman poetry or even in Turkish pop songs. Inversion also a great tool when emphasizing something.

One century ago, grammarians and some authors wanted not to use inversion ever and form the sentences according to the word order. Inverted sentences have been assumed as colloquial.

Lewis says that ‘to ignore the ‘inverted sentence’ in the hope that it will go away, as some conservative Turkish grammarians do, is to confuse the duties of grammarian and literary critic.’ Besides these grammarians opinions, especially the Aegen and Anatolian colloquial greatly use inverted sentences.

The second common belief is that inverted sentences are created by ‘lazy’ translators, especially in the Servet-i Fünun era.

Today inverted sentence is in both daily speech and literal Turkish. Surprisingly, it is mostly used by people wanting to sound more ‘poetic‘ or ‘artistic‘. For example, a TV show about art in the Ottoman Empire would use many inverted sentences (in the end you would get tired of it).

Anyways, let’s leave this topic alone and investigate the change in meaning with examples:

Dr. Filiz Mete from Bülent Ecevit University gives the following sentence as an example in her paper on Turkish sentence structure. You can reach the full paper here.

2. Kedimi ben bugün okula götürdüm.
I took my cat to the school today (not my brother)

3. Kedimi götürdüm ben bugün okula.
I took MY CAT to the school today (not my dog)

4. Ben okula kedimi bugün götürdüm.
I took my cat TODAY to the school (not yesterday)

Combinations can lead to various emphases and changes in meaning. In daily speech, intonations will help you greatly to understand the emphases and thus the correct meaning. Trying to figure out the analytics behind it can be wasting your time at this point.