I have good news for you: the structure you need to conjugate to be is the easist! But how?

Because you do no change! You just put two words (noun + adjective) together and ta-da. You basically conveyed the meaning. For example:

ME TARZAN, YOU JANE: 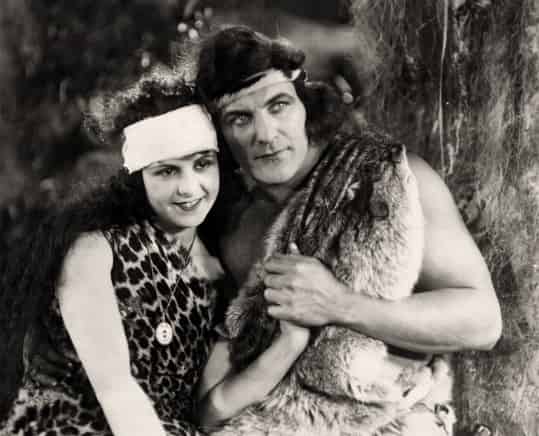 This is how it is in the spoken language and modern written language. But if you get a little back to history, you could see a suffix –dIr when forming to be in Turkish. What I mean is:

Kalem yeşildir
The pen is green

Of course, -dir would change if attached to a vowel that has one of back vowels in the ultime syllable.

Kalem turuncudur
The pen is orange

If you don’t get why, check vowel harmony rules.

But why it is not used in the modern language? Answer is simple:

Anyways, there is also one more function of –dIr. In modern Turkish, it implies generalization.

Well, it is wrong (peacock, penguing etc) but it’s a generalization.

OK, I hope you get the concept.

If you have a foreknowledge, you know that Turkish personal pronouns follows a unique pattern.

This is not the genitive case suffix, be careful. It’s the suffix of to be for the first person singular: I. (Ben)

I want you to see the suffixes.

Next, if you want to say ‘I am a teacher’, these suffixes will help you. How?

O öğretmen
S/he is a teacher

Of course, these suffixes will change according to vowel harmony rules. Table shows to be conjugations for each personal pronoun.

Non-verbal Predicates (to be) Example:

Kampüste-y-im. *
I am at the campus

Kampüste-sin
You are at the campus

Kampüste-(dir)
s/he at the campus

Kampüste-yiz
We are at the campus

Kampüste-siniz
You -formal- are at the campus

Kampüste-(dir)-ler
They are at the campus

* “Y” is the buffer letter here. Recall that in Turkish two vowels do not come consecutively. There has to be a buffer letter between. Consequently, ‘y’ makes the word suitable for Turkish phonetics

Bunu ona söyleyen sensin.
You are the one who told him this

Başarının nedeni biziz.
We are the reason for this success

Evin sahibi benim.
I am the one who owns this house. or “I” own this house

The past tense of “to be” in Turkish

When talking about past, we use past tense of to be. Simple.

But here, it’s a bit different. Because we are not talking about an action. You say here, with to be:

‘y’ is the buffer letter.

Yakışıklı, then, is the adjective: handsome

Past refer is given by the suffix –di. The same suffix, past tense suffix is also used when describing actions.

Past Tense of To Be – Table

Kampüste-ydim.**
I was at the campus

Kampüste-ydin
You were at the campus

Kampüste-ydi
S/he was the campus

Kampüste-ydik
We were at the campus

Kampüste-ydiniz
You -formal- were at the campus

Kampüste-ydiler
They were at the campus

NOTE: ** Suffixes in the first row can be separately used as well. For example, Kampüsteydim can be written as kampüste idim. However it is not very common.

NOTE: For the words ending with a consonant, these suffixes slightly change. “y” disappears and “d” becomes “t” because of consonant alternation. However, the sound is almost the same! When writing Turkish, even natives confuse about “d” and “t”.

So, the good thing is:

Do NOT memorize excessively! As you spend more time reading in Turkish, you will unwittingly figure out which sound should follow. You can go to the quiz of past tense and practice the suffix -DI.

Present conditional of to be (If clause in Turkish)

“İse” is the base word in Turkish that gives the meaning of “if“. You can either apply it to the verb like it is a separate word or you can join it to the verb. Both uses are correct in literal and daily life Turkish.

Let’s check the change according to pronouns.

Examples (if clause for singulars):

Ofisteysem, genelde kahve içerim
If I am at the office, I generally drink coffee

Gözetim listesinde ise, daha fazla çalışması lazım
If s/he is in the probation list, s/he needs to study more

Examples (if clause for plurals):

Ofiste isek, genelde kahve içeriz.
If we are at the office, we generally drink coffee

Gözetim listesinde iseniz, daha fazla çalışmanız lazım.
If you (pl.) are in the probation list, you need to study more

Check out the conditionals video and the quiz to practice more.

Inferential of to be 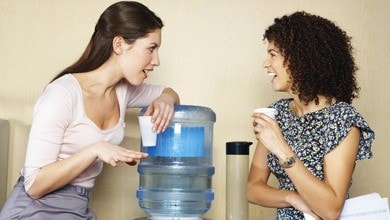 If you are familiar with Turkish grammar, you will easily recall that the inferential type of a verb is very common in Turkish. Consequently, different types of uses giving different meanings exist.

But, it corresponds to the meaning of “said to be“. You have not experienced the things but you are only told what has occurred. Inferential of ‘to be’ is almost the same.

For Example, “Mehmet Ankara’ya gidecekmiş.” means “I am told that Mehmet is going to go to Ankara.”

Also, “Başkan Rusya’ya gidecekmiş.
The president will go to Russia.

To create inferential tense, you use ‘miş’ like in the following order:

If suffixed after consonants, the same rules apply, however; without the buffer letter “y”.

For example, “Suçluymuşum” (eng. I am said to be the guilty)

Negative of to be

‘Değil‘ gives the meaning of ‘Not‘. If you add ‘değil‘ at the end of a sentence, you would get the negative form for that sentence.

Of course, it shows some changes for each pronoun. But the good thing is, the pattern is almost the same. Instead of adding to the verbs, you simply add the suffixes to ‘değil‘.

Also, ‘değil‘ can be used as ‘never mind about’ like in the following context:

Değil sen, annesi bile birçok laf işitti.
Nevermind about you, even her/his mother is chewed out

But if the position of ‘değil‘ is changed in the sentence, like ‘Sen değil, annesi birçok laf işitti.‘ the meaning dramatically changes. It means now: ‘Not you, her/his mother is chewed out.‘

Bunun nedeni ben değilim.
I am not the reason for that

Asansördeki ben değildim.
I was not the one in the elevator

Ben yeterli bir başkan değilsem, ne olmuş?
So what If I am not a sufficient chief

Ben yeterli bir başkan değilmişim.
I am said to be indecent mom

Translation: You are not alone.

If you try to write a sentence in the negative form, you will realize that you are just repeating all the topics we have covered so far. Similar patterns apply for other tenses as well. So, repeating any grammar topic will make you practice another.