20 Popular Turkish Proverbs That Will Make You Think

One thing I should make clear is that Turkish proverbs are still in use in the modern day. You can hear in the politics or in the streets. So, it’s important to learn these proverbs in order to understand the language.

Proverbs are famous sayings that express basic truths that are widely known by people. A proverb should be catchy and impressive so that people can keep saying it from new-cone generation to another.

The Turkish language is pretty rich in this sense. In this article, we will look at some Turkish proverbs and interpret their meanings. Also, English and Spanish proverbs will be mentioned and compared.

The main focus here is to grow your knowledge and help you to use them in real life because they are commonly used in daily life as well as on newspapers.

En. stretch your arm no further than your sleeve will reach (Tr. kolunu yenine göre uzat.)

This proverb basically means that do not spend more money than you have. I think this expression is going to keep its popularity for a long time as credit cards are more prevalent in our lives.

Lit. stretch your foot no further than your coverlet.

Spanish and Turkish ones are literally same. 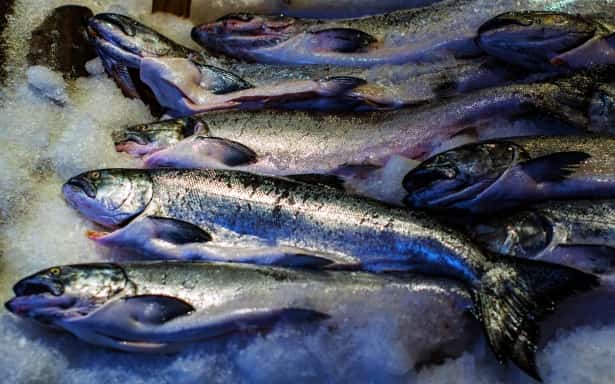 En. Corruption starts at the top OR a fish rots from the head down.

It simply refers that if a worker/student etc. is unsuccessful and disorganized, it is because of their masters. In other words, if a corruption is carefully investigated, problems can be traced back to the leaders’ mistakes. (The same for the presidents of a country)

This proverb exists in various languages such as Chinese, Polish, Greek etc. I have found many sources where different countries lay claim to it.

These three Turkish proverbs have similar meanings with nuances.

En. two heads are better than one.

It’s always better to be open to advices and critics. People can have inspiring opinions of which you can take advantage.

(eng. I suggest you not to look down on people with contempt, listen to the ideas of people, ‘akıl akıldan üstündür’.)

English: one hand washes the other and together they wash the face)

Here, the focus is on more cooperation.

The spanish one literally means: two eyes foresee better than one eye.

Tr. Bekara karı boşamak kolaydır. lit. It is easy to get divorced for a bachelor.

The meaning of the proverb can be understood from its literal meaning. I have found this expression in English: ‘easier said than done’. It’s not completely same but similar.

En. One never knows what exactly you re suffering unless she / he suffers from the same thing.

If one is not affected of the consequences of an incident, s/he doesn’t care enough.

Additionally, there is another proverb that has a similar meaning: ‘Davulun sesi uzaktan hoş gelir’. (lit. distance makes drum sounds better). <<bekara karı boşamak kolaydır>> is used when an important decision needs to be taken and if one of the people is being reckless about this decision.

“Davulun sesi uzaktan hoş gelir” is used when an admiration is expressed. Because the admirer doesn’t know the details. But the thing/person that is admired comes with a lot of trouble.

Lit. the man who tells the truth is driven out of nine villages

This is a very popular saying in Turkey. Let’s accept that sometimes you just have to lie. Society, friends, family etc. might make you lie even if you want to speak out the truths.

This proverb simply refers to this situation. A truthful someone who all the time speaks out, can not get along with other people. If you speak the truth in a situation where you didn’t need to, you easily can make enemies.

On the other hand, some people says this expression after the proverb: ‘…ama onuncusuna muhtar olur.’ which means that ‘but in the tenth village, s/he becomes the chief’

En. early bird gets the worm

I strongly agree with the advice.

En. a fool with a tool is still a fool

Sp. Aunque la mona se vista de ceda, mona se queda. (lit. Although the monkey is dressed up with silk, it is still a monkey)

The Spanish one somehow implies some racism. The Turkish and English ones go through cleverness. I think the reason for that is the word “mona” <monkey>.

I am having problems understanding how and why these both expressions are widely used. The meaning is quite obvious. If a person that you like appears: İyi insan lafın üstüne gelir. / If not, İti an çomağı hazırla. (informal) < speak of the devil! > <talk of the devil and he is sure to appear>

Apart from the mistism of coincidence, I find this expression less autentic and less original. The interesting word here, however, is “it” which means “dog” in old Turkish. It is said that Dog is the most loyal friend of humans. Apperantly, not have been for Turks.

It is not widely domesticated either, in Anotolia. Cats is more domesticated. In ancient times, the best friend of Turks was horse, not dogs.

If you say someone – köpek – it is bad. It can turn into an alarming situation.

(literally. eng. don’t make an oppressed person sigh, you will pay for it by and by)

En. Don’t make a martyr sigh, you will pay for it by and by) (tr. şehide [kurban] iç geçirtme, çok geçmeden yavaş yavaş ödersin.)

the English equivalent is quite similar. However, “mazlum” means “oppressed person” whereas “martyr” means “şehit” in Turkish. (mazlum, comes from ZLM, bknz: zulüm) In addition, here, we encounter an old Turkish phrasel verb ‘ah almak’ which is translated to ‘be cursed for one’s cruelty’ by my dictionary. However, the word “curse” is very strong for this concept. It’d be better to translate it as ‘sigh’.

If you see a couple or a group of people having the same awkward/bad characteristic, or people chasing an evil goal, you say “körler sağırlar birbirini ağırlar”.

The proverb literally means the blind feast with the deaf.

I really like this proverb. “Lafla peynir gemisi yürümüz” literally means you cannot move a ship with words. True, indeed.

In summary, Instead of talking, take action.

En. Soft answer turneth away wrath OR you can catch more flies with honey than with vinegar.

It implies that talking politely to someone results in positive “sonuç” even if he / she seems very problematic. It is very important to use the language effectively when you try to convince people.

En. ask no questions and hear no lies

This proverb implies that you shouldn’t wonder more than necessary. Take advantage of what is given to you and do not question everything.

Eat the grape and do not ask where does it is come from.

This proverb is from a poem of Rumi.

En. either seem as you are or be as you seem.

Do not deceive people.

En. better lose the saddle than the horse

Accept your small loss (saddle) rather than losing the horse.

En. you can lead a horse to water but you can’t make it drink.